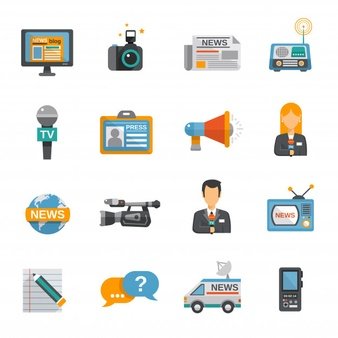 Diploma (Pass with Distinction) in freelance and feature writing from London School of Journalism.

My journalism career is in its infancy – bear with me!  I’m presently working on building my portfolio;  untreated versions of my published articles are below:

Gomorrah is an edgy and compellingly visceral Italian Crime drama. Filmed and based mainly in Naples, it focuses on the fractious machinations of the Savastano crime family and the wider power struggles of the Neapolitan organised crime network.

The script (subtitled in English) and plots match the best in the genre, pulling expertly on betrayal and corrosive ambition at all costs. It perhaps lacks a, formidable, compelling Behemoth like Tony Soprano and less range of absorbing characters as Martin Scorsese’s Boardwalk Empire.

As the body count rises, particularly in series 3, the complete absence of any law enforcement agencies, perhaps gnaws at the credibility of the show. However, the bold decision not to pay lip service to the federal agencies as the series develops allows Gomorrah, with much bravura, to focus completely on the internecine struggles within the hearts and minds of its main combatants.

The relationship between Ciro (the cunning, calculating assassin) and his Paisan, Genny (the brooding brute and son of Don Pietro, head of the Savastano family) is the constant, if tumultuous dynamic, in series 1 to 3. Their relationship is compelling, dangerous and complex. One triumph of Gomorrah is to elicit, in latter episodes, a touch of pathos, even mis-stepped affinity, for such morally and psychologically brittle soldiers who have committed such monstrous acts.

The main triumph of Gomorrah is that it does play on the best of the genre, but it never falls into pastiche or low budget recycling of grander, English speaking efforts. Gomorrah feels like its own unique and captivating space in a zone, Goldilocked for brilliant TV.

Reflections of a High Speed Gasanova

Colin Spence achieved brief infamy in the summer of 1976 following News of the World Exposes which serialised the prolific philandering of the then twenty-seven-year-old whilst working as a Gas Man in Swansea. The first of the two double page articles, entitled, Confessions of a high Speed Gasanova, catapulted Colin to minor celebrity status but also unwelcome scrutiny and familial consternation. I catch up with the ‘Gasanova’, now approaching 70 years old, for his reflections on his personal legacy.

When I first see Colin, he is bear chested and wearing only tight fitting white jeans, he is flanked by two scantily clad page 3 girls with their hands around his waist and torso. An impish but knowing smile confects a handsome face. This of course, is the Colin photographed late July 1976 for the News of the World articles. Nearly 42 years later, I meet Colin in Dover at the flat of his recently deceased mother, for whom he cared for as a live-in carer for the last three years of her life. This marks a kindness and unselfishness not immediately revealed from the notorious charmer of old.

Colin is grey haired now, but still owner of a handsome face and is in good physical shape – sun glasses in his shirt pocket (despite the underwhelming weather) in keeping with his sunny disposition. His eyes are dark, quirky, and dart energetically like two hazel coloured electrons jumping states. Initially a touch apprehensive about the interview, he is quickly loquacious and good humoured.

I begin by asking Colin whether, as the article from the 70s prophesised, he has gone down as one of the Greatest lovers of the 20th Century.

“The article was all meant to be a bit tongue in cheek. At the time you had films like Confessions of a taxi driver and confessions of a Window cleaner. These were fictional, but for me, I was the genuine article. The idea was to do tongue in cheek piece with the News of the World and get publicity for the book I was writing”. Colin continues:

“I’m not proud of it, people took it the wrong way, read it the wrong way. People in the family got upset about it, particularly my Mum – it caused damage to the relationship with the girl I was seeing at the time. That put a dampener on it and that was that”.

The offending article, then, was not just a smutty account of a young man’s sexual indiscretions but intended to be free publicity for Colin’s book – based albeit on Colin’s salacious exertions when converting gas appliances in the mid to late 70s.

Colin seems genuinely embarrassed by this chapter of his history. He was given a framed picture of the article 12 years ago at a family meal but has long since discarded it. Colin’s association with sleaze and misadventure did not end in the 1970s, however.

Colin moved to Brighton in the 1980s and established his own successful modelling agency. The life style was high octane and most probably glamorous and sleazy in equal parts. The experience sits ambivalently with him because he is aware that girls in the industry were not at times treated well, even if his own agency adhered, I am told, to as strong a moral code as possible.

A theme then starts to emerge as Colin recounts how, when nearing the end of his tenure in the modelling agency, he wrote a musical which he called “Babylon by the Sea”. (He also turned vegetarian). I’m intrigued as to the underlying story?

“From personal experience – working in the modelling business. One young girl, Cindy, in particular”. Colin recounts how Cindy, had rapid descent into drug addiction, rehab and drug overdose whilst part of the Brighton scene. “I saw a local newspaper article about her and remember a quote from her mother about you think you hit rock bottom, but you keep going”.

There is much more to Colin Spence than smut and sleaze. He is sensitive, intelligent and clearly, very creative. To conclude, I ask him if he could be given a framed picture now of any point in his life, what would it be?

“I struggle to think – life’s a journey. I was just following my sexual instincts to begin with, didn’t set out to get into the modelling basis and not proud of it. I got out of my depth but made good money. I didn’t have a Eureka moment as such but started to look at things through different eyes. Be a good person, do nice things that no one notices. Not doing it to get Brownie points but to get that inner glow, the joy in the giving. You know, that maybe I’m not such a bad person after all”.